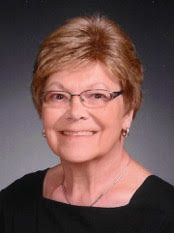 She was born on May 7, 1946, at Sacred Heart Hospital in Fort Madison, Iowa, the daughter of Everett and Dolores “Dot” (Sanders) Lutz. On June 4, 1966, she married Larry Stuecker at St. John the Baptist Catholic Church in Houghton, Iowa.

She was preceded in death by her parents: Everett and Dot; one sister: Sandy and one brother: Ray.

Marge was a 1965 graduate of St. John’s Catholic High School in Houghton. She worked for nine years in dietary at Marquette Catholic Schools and then at MHI/Correctional Facility in Mt. Pleasant for nineteen years. She was a member of St. James the Less Catholic Church in St. Paul. Marge enjoyed playing cards, working in the yard and with her flowers, attending her grandkids activities and spending time with family and friends.

The family would like to extend special thanks to her many wonderful friends who provided such comfort over the last several months.

A Mass of Christian burial will be held at 10:30 a.m. Friday, December 31, 2021, at St. James Catholic Church with Father Dan Dorau as celebrant.

Burial will be at St. James Cemetery in St. Paul, Iowa.

A memorial has been established in her memory for St. James Catholic Church or Lee County Hospice.