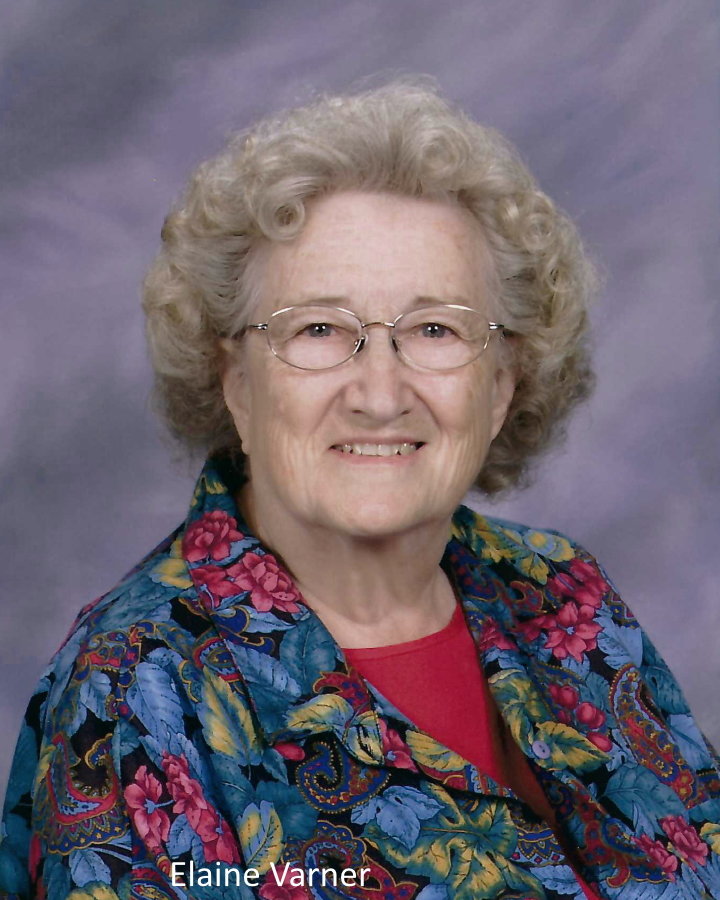 She was born to Henry and Helen (Emde) Suhr on January 2, 1933 on a farm south of Oakdale, NE.  She was the youngest of six children.  She tragically lost her mother a year later in 1934.  After her father’s death in 1948, she moved with her brother Marvin and his family to Webster City, IA. She graduated from Webster City High School with the Class of 1950.  She then attended Carthage College in Carthage, IL for two years.

On June 11, 1955, Elaine was united in marriage to Russell Varner at St. Mary’s Catholic Church in Keokuk.  They made their home in Keokuk where they raised their family of five children.

Elaine had worked as a secretary at Electro Metals in Keokuk for three years, until the end of 1955.  The remainder of her life was devoted to making a wonderful home for her family.

She was a member of All Saints Catholic Church in Keokuk and was a faithful volunteer at many church activities and functions.

She loved genealogy and tracing her family’s history.  Most of all Elaine enjoyed being a homemaker and her greatest joy was taking care of her family.

She was preceded in death by her husband, Russell on October 4, 1999, three sisters, Charlotte Steinke, Mildred Kinnan and Lorraine Jones, one brother, Marvin Suhr and one granddaughter, Rebecca Varner.

Memorials may be made to All Saints Catholic Church or the Keokuk Catholic Schools.