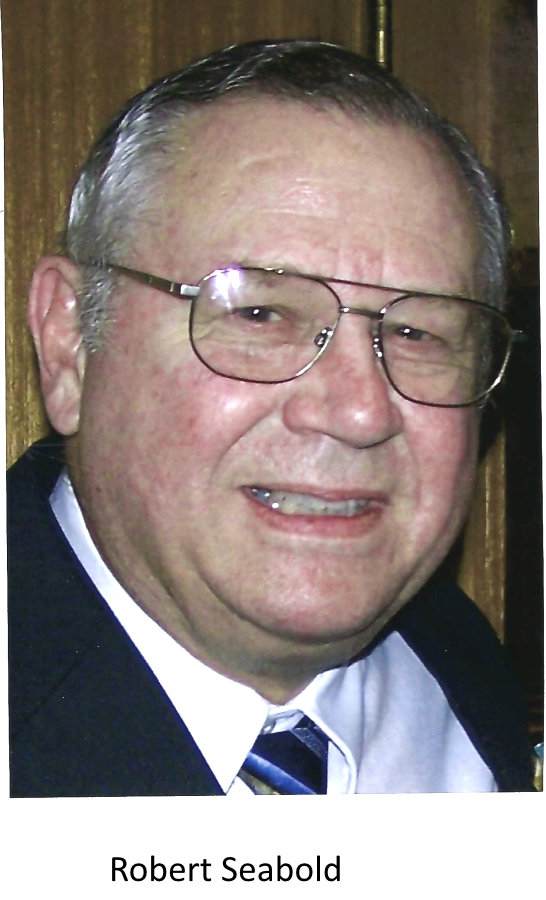 Funeral services will be held at 2 pm Monday (November 28) at Vigen Memorial Home in Keokuk with Joel Schlatter officiating.  Burial will be in the Sunset Memorial Park in Keokuk.

Visitation will be held prior to the service on Monday from 1 – 2 pm with family meeting with friends at that time.

He was born on February 15, 1931 in Keokuk, IA the son of George J. and Edith Pearl Rein Seabold.  Robert graduated from Keokuk High School with the Class of 1949.

He was a veteran of the United States National Guard and proudly served his country for four years.

On June 12, 1955 Robert was united in marriage to Joyce E. Biddenstadt at St. Paul United Church of Christ in Keokuk.  She preceded him in death on November 26, 2018.

Robert was a farmer and also delivered milk for Tri-State Dairy to local homes for twenty-six years.  He later became an over the road truck driver for Holland Trucking in Keokuk.

Robert was a member of the St. Paul United Church of Christ, the Elks Lodge #106, the American Legion Post 41 and the Keokuk Yacht Club.

Robert was a talented woodworker and made birdhouses, shelves and other wood crafts.  He enjoyed playing card games including solitaire and poker. He played softball on his church league until the age of fifty and was an avid bowler and bowled on several bowling leagues through the years.  Robert was a diehard Chicago Cubs fan.  After his retirement Robert was a hobby farmer and had a huge vegetable garden every summer.

Besides his wife he was also preceded in death by his parents, one son, Tim Seabold, five sisters, Dorothy Seabold, Ruth Seabold, Louise Laubersheimer, Martha Seabold and Maxine French and two brothers, George and Carl Seabold.

Funeral services will be held at 2 pm Monday (November 28) at Vigen Memorial Home in Keokuk with Joel Schlatter officiating.  Burial will be in the Sunset Memorial Park in Keokuk.

Visitation will be held prior to the service on Monday from 1 – 2 pm with family meeting with friends at that time.

Memorials may be made to the St. Paul United Church of Christ or the City of Christmas.